Start your ramble at the Church. Set off to the right, then after 100m go down the small descent where you will find, on your right, the Old Castle (vieux château) originally a castle belonging to the lords of Amanzé. A little further, on your left, on each side of the porch remains the 2 aisles of the castle communes destroyed during the French Revolution. In the middle of the cemetery is the southern transept of the old church and the little square of the mairie which formerly served as a salt store.
Continue in the direction of La Vallée, then take the path on your left. Go along this path then turn left and immediately right going up in the direction of La Roue. By taking the earth track on your right you will have a panoramic view over the Brionnais farmlands which are dotted with white cattle (the Charolais) – you can also see the scattered habitat typical of this region.
Continue at La Roue (where ancient vineyards can be seen) carry on and at the intersection turn left to Orval ; go down as far as the little stream and cross at the ford. At Orval (the junction with Oyé) turn left in the direction of Bondinet-la Varenne and follow the tarmac road for 200m then on your right take the earth path. You will cross some underwood. Go alongside the little lake and go up to La Varenne. Go straight through this little hamlet and also that of Breuil. After 1km on the tarmac road to Bondinet turn left down the path in the direction of le Rocher. At the end of the underwood take the path opposite in the direction of Prévigny-les Bassets. You will see on your left some beautiful farmlands. (if the weather permits you can even see the foothills of the Morvan Mountains).
At the next crossroads (junction with Vareilles) follow Les Bassets. Continue on this path then turn left at La Croix Bonnet ; descend into Amanzé. When you arrive at the Squares turn right then follow the tarmac road for 200m then turn right again. Now turn left in the direction of St Symphorien des Bois, go another 100m then turn left and follow this lane until you come to the “fontaine-lavoir” (the old wash house) at Font de Chévry ; then return to the Church Square. 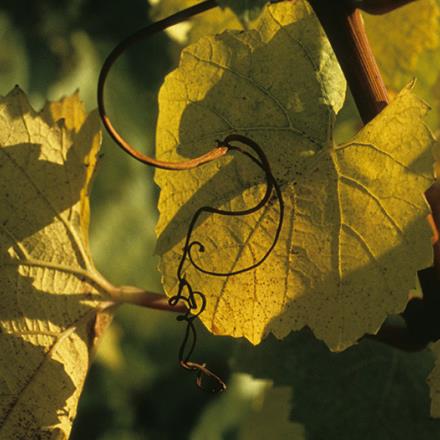 Explore up close the landscapes producing the finest appellations and pride of the Côte Chalonnaise region. Your physical efforts will be justly... 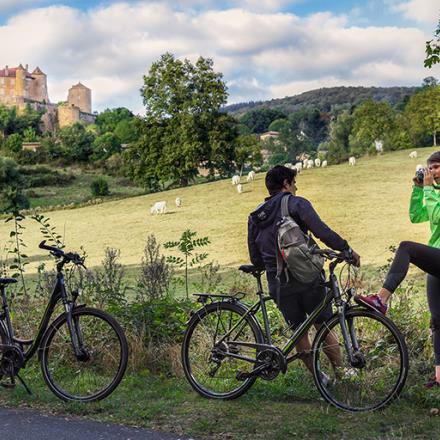 Mâcon-to-Chalon-sur-Saône. France's first Greenways path was created right here between Givry and Cluny in 1997, over a 44-km stretch. Today a...