See all 2 photos
Incontournable events
Incontournable site
Incontournable table
Incontournable activity
Be sure to visit Paray-le-Monial, as it is one of the loveliest places in Burgundy. At the heart of the Charolais-Brionnais area, this major centre of pilgrimage boasts the most well-preserved example of Cluniac architecture.

Construction of the basilica at Paray-le-Monial was a veritable tour de force. It was carried out continuously from 1092 to 1109 under the direction of Saint Hugues, Abbot of Cluny.

The chevet, chancel with 3 apsidioles and octagonal tower clearly indicate its Cluniac influence: the church is even considered to be a smaller scale replica of the great Benedictine abbey itself. As at Cluny, the town rapidly grew up around its monastery.

Take a good look at the ornamentation of the left-hand tower, then the much simpler right-hand tower. They were not built at the same time!


From pilgrimage to promenade

In the 17th century a nun called Marguerite-Marie had visions of the sacred heart of Jesus. Initially dedicated to Notre Dame, the church of Paray-le-Monial was raised to the rank of Basilica of the Sacred Heart in 1875. An annual pilgrimage takes place in June, on the third Sunday of Pentecost.

In the shadow of the basilica you can take a 'cultural' stroll around Paray-le-Monial. The monastic influence is clear to see in the Jardin du Cloître, a setting for many concerts and night time events. A little further on, admire the extraordinary, Eiffel-inspired metal arcatures of Le Hiéron museum, housing an important collection of sacred art.

To nourish the body as well as the soul, the town is also the ideal departure point for a gastronomic tour of the Pays Charolais-Brionnais.

Whether you are cycling the Tour de Bourgogne à Vélo® or Euro Vélo 6 routes or sailing down the Canal du Centre in a cabin boat, take time out to stroll along the flower-decked promenades and narrow medieval streets before admiring the Town Hall with its Renaissance façade. You will see that Paray-le-Monial is one of the loveliest places to stop in southern Burgundy. 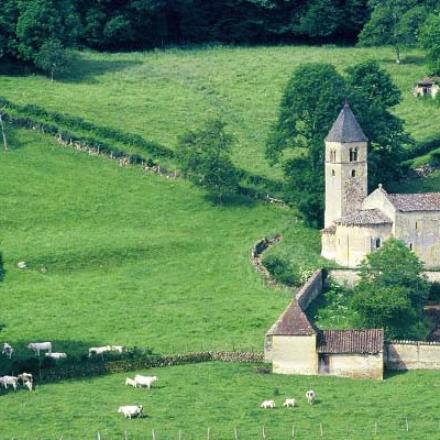 The mark of Saint Hugues ... 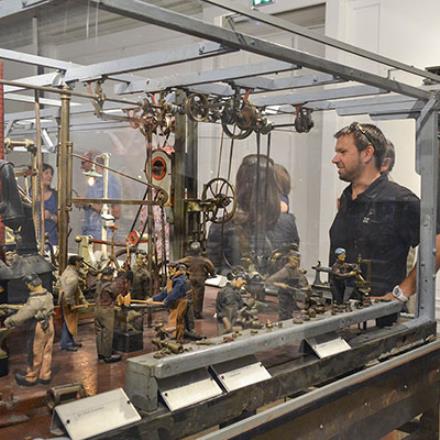 An economic history that is richly preserved...