See photo
Incontournable events
Incontournable site
Incontournable table
Incontournable activity
Sphinx-like amidst the Mâconnais vineyards, the Roche de Solutré seems to lie in wait for visitors. This unusual geological feature, one of nature's masterpieces, has become a symbol of southern Burgundy. No need to be a geologist to enjoy the superb views from the top. More than just a rock, it's a “Grand Site de France” for you to explore!

The steep limestone slopes of Solutré-Pouilly, Vergisson and Le Mont-Pouilly appear to have been inhabited by men of the Mousterian area, 52,000 years ago.

In 1866 the geologists Henry Testot-Ferry and Adrien Arcelin discovered thousands of horse, bison, auroch and mammoth remains at the foot of the rock, one of the largest such finds in Europe.

They are displayed in the departmental Prehistory museum, where the tools, flints and other remains of Palaeolithic nomadic hunters will help you travel a long way back in time!


Great treks through the vineyards

Don't stop there! Follow the Val Lamartinien tourist route or try the 16 kilometre hiking track round the Rocks...

Adrien Arcelin's novel, entitled "Solutré or the Reindeer Hunters", began a romantic myth about hunters forcing their prey to jump off the rock. Late 20th century research has shown that such hunting methods were not practised here... but the myth lives on. 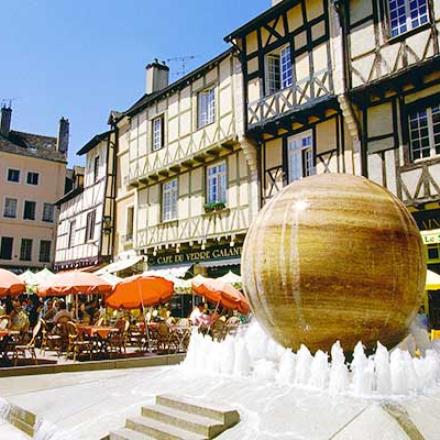